A Life In A Day 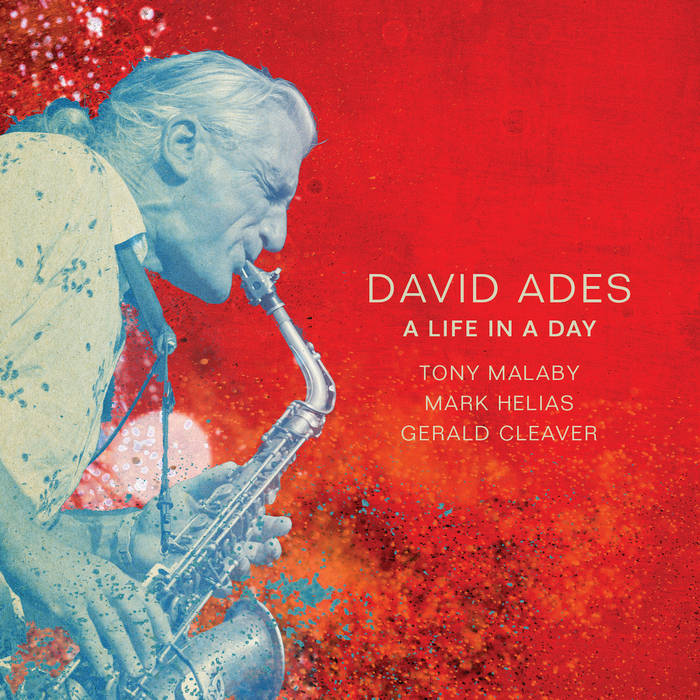 "It’s hard to imagine a more poignant recording. Given the background of this album and its sheer musical force it’s impossible not to be profoundly moved by it. This may well qualify as the jazz album of the year." ***** John McBeath, The Australian Nov 21st 2015

"Ades writes songs that have this infectious, buoyant vibe at the center. This disc is superbly recorded and well balanced so that all four members are integral to the group sound. Mr. Ades has also written a handful of convincing melodies that stay with you long after the disc ends." Bruce Lee Gallanter, DowntownMusicGallery NY Jan 15th 2016

"It was a superhuman effort: David Ades was dying of lung cancer when he recorded this album. He knew it would be his last and he made it his best. Ades’ illness could not knock the extraordinary singing vitality out of his playing." ***** John Shand, Sydney Morning Herald Jan 18th 2016

"It is all strong, bright, passionate and, particularly when Malaby moves from tenor to soprano sax, uplifting as the overall pitch lifts and the two high voices sing." John Clare, The Music Trust Feb 1st 2016

"A Life In A Day is a testament to the transformative power of music. Ades frequently swoops upwards to the higher registers, but he never abandons his warm, expressive tone. Taken with Malaby’s sonorous, more languid lines, the resulting image of these two players is that of a dalliance between birds. Performed and recorded in a single day, it’s safe to say that (these sounds) will echo for much, much longer." ****1/2 Derek Stone, TheFreeJazzCollective NY Apr 23rd 2016


A LIFE IN A DAY
This is the last album made by Australian alto sax legend David Ades with his New York mates. Helias, Cleaver and Malaby have an uncanny hook-up and rapport formed over years working trio as "Open-Loose" but with the addition of Ades' alto the sound takes on another dimension.

A Life In A Day is the quartet's second recording in two years following A Glorious Uncertainty [VITAMIN RECORDS - 2011]. The music is gritty and honest; passionate, immediate and forthright. It is played with open minds and full hearts in the spirit of true brotherhood. Ades' searing alto and Malaby's adventurous tenor blend and twist together in a truly organic way honed by a deep friendship and understanding formed through many years of hanging out and playing extended improvised duets.

The sound is wonderfully transparent and the players interactions are conversational celebrations of the human condition. Ades passed away from lung cancer only a few weeks after the album was recorded and you can hear the passion and urgency he was always renowned for burning hotter than ever here. Unbelievably, he made this recording with two tumours in one lung, a stent in his trachea and two broken ribs. Despite not having played for six weeks leading up to the recording he sounds as singular and courageous as ever. Everyone plays with an abundance of passion and sensitivity. Dave knew this was his final statement and the music has an essence that is both elemental and eternal.

Malaby said after the session that "Recording with Dave and experiencing that will to create and sing, in lieu of what he was going through physically, changed my way of looking at life forever." Helias called the songs that Dave composed for the session "wonderful and expressive pieces for us to breathe life into" and said the recording was "a transformational experience". Ades said of the band “These three master musicians represent for me the essence of musical wisdom, freedom and expression. They play straight from the heart with a directness that reminds me why I love this music so much. What a great treat and privilege to have made this music with them; a glorious dream indeed”.

There's a directness and clarity to Ades' soulful alto sound that's so vivid and visceral it's easy to imagine he's standing right next to you. Malaby has never been afraid to open musical doors and dive right through but there's an extra depth of feeling here especially on soprano. The rhythm section are superbly in sync with each other.

Ades had a lifelong love affair with New York and it's fitting that his last album was made there in the company of his peers, some of the most creative and instantly identifiable musicians anywhere.